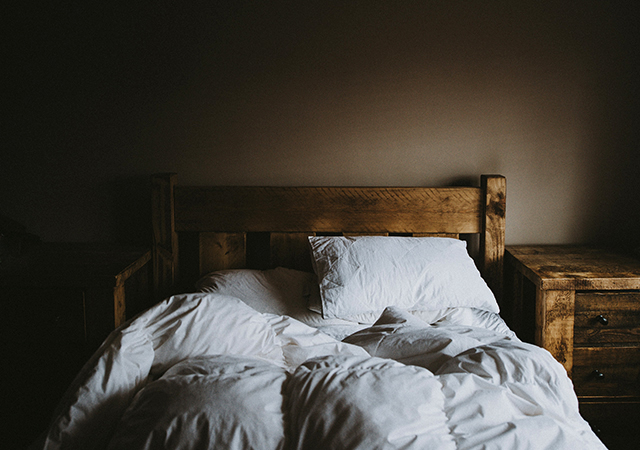 Feather bedding can trigger a serious lung infection — one that often goes undiagnosed, warn British doctors in an article published this week in the journal BMJ Case Reports.

The doctors tell the tale of a 43-year-old British man who developed “feather duvet lung,” a lung inflammation caused by breathing in the dust from duck or goose feathers found in duvets and pillows.

Inhaling that dust triggers an immune response in susceptible people, leading to difficulty breathing as well as flu-like symptoms, including a dry cough, night sweats, fatigue and fever. If the exposure to the feathers continues over a long period of time, the lungs may become irreversibly scarred.

Symptoms may not appear, however, for weeks or even months after the initial exposure to the feather bedding, a factor that can delay diagnosis. People who develop the condition — as well as their doctors — are therefore unlikely to connect their symptoms with the purchase of new feather bedding.

“Healthcare professionals are typically taught to ask patients with respiratory symptoms whether they have pets at home, such as birds, but in the authors’ experience, history-taking does not usually extend to asking about feather exposure in duvets and pillows,” the case report notes. “This is an important omission since the use of feather, rather than synthetic, bedding is common.”

A delayed diagnosis was what happened in the case of the British man, although, fortunately for him, the delay was relatively short.

The man’s health problems began soon after he and his wife switched their old synthetic bedding for a feather duvet and pillows. He began to experience fatigue, dizziness, general malaise and breathlessness.

“Two months after the onset of the symptoms, I was unable to stand or walk for more than a few minutes at a time without feeling like I was going to pass out. Going upstairs to bed was a 30 [minute] activity as I could only manage two stairs at a time and then needed to sit and rest,” writes the patient (who is not named) in a sidebar in the case report.

After three months of these symptoms, the man went to see his general practitioner, who initially diagnosed a lower respiratory tract infection. When treatment for that ailment did not bring much relief, the GP referred the man to a respiratory clinic at the Aberdeen Royal Infirmary in Aberdeen, Scotland.

To see if they could identify an environmental source of the man’s symptoms, the clinic’s doctors asked him a series of questions.

“The patient described living in a warm dry house with his wife,” the doctors write in the case report. “They had a loft [attic] which he rarely entered. They had an en-suite bathroom, and despite an extractor fan, he described a small amount of mould above the shower and window. They had a cat and a dog, but no birds. They had recently acquired a feather duvet and feather pillows, having formerly had synthetic bedding. His hobbies included playing music as part of a band (guitar, saxophone) and his work was office-based with no obvious occupational exposures. His symptoms did not improve when on holiday. He had no relevant foreign travel history or drug history, apart from occasional paracetamol use.”

The doctors told the man to change his bedding, get rid of the mold in the bathroom and make sure his attic and chimney were free of any birds’ nests. Then they had him undergo several blood tests. The results revealed that the man had abnormally high levels of antibodies to bird feather dust. In addition, a chest X-ray suggested that the man had hypersensitivity pneumonia, a form of lung disease caused by an allergic reaction to inhaled dust, fungi, molds or chemicals.

In this case, that dust most likely came from the feathers in the bedding, the doctors concluded. But there are dozens of other types of hypersensitivity pneumonia, each with its own environmental trigger. These include “farmer’s lung,” “soybean worker’s lung,” “wood worker’s lung” and “saxophone player’s lung.”

Within a month of tossing out his feather bedding, the man’s symptoms began to improve. The doctors gave him oral corticosteroids to accelerate that recovery, and he felt completely well after six months.

“It doesn’t affect me at all now and my life is pretty much as it was before,” the man reports.

“I am extremely grateful to my local GP for immediately referring my case to [the respiratory clinic’s doctors] who quickly diagnosed me with hypersensitivity pneumonitis,” he adds.

As one of those clinic doctors, chest physician Owen Dempsey, told the Guardian, this case report (which he co-authored) doesn’t mean that everyone should throw out their feathered duvets and pillows. People should, however, pay attention if they experience breathing problems after switching to feathered bedding.

“Feather duvet lung” is rare, but it’s likely that it often goes undiagnosed, he added. And the same is true for other types of hypersensitivity pneumonia.

FMI: You can read the entire case report on the BMJ Case Reports’ website.

How to clean fleece duvet covers and bed sheets – Express